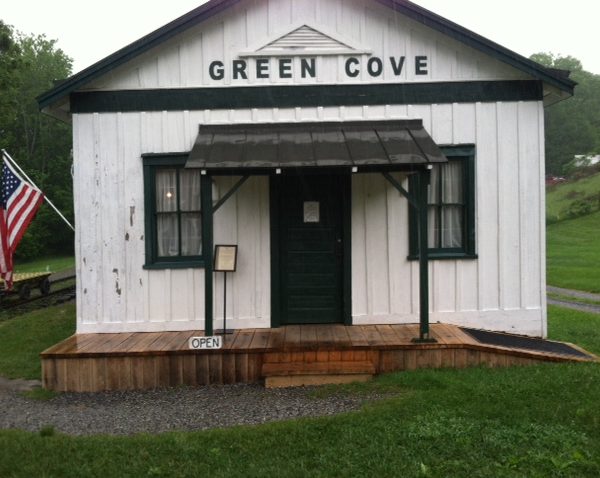 The Creeper Trail Club recently partnered with the US Forest Service to make significant repairs to the porch and decking of the historic Green Cove Station, near mile marker 30.

Green Cove Station is the original depot that dates to the 19th century and now serves as a US Forest Service Visitor’s Center.

The Club provided $1,500 for materials to build the support structure for the porch and deck. Club members including Wayne Miller, President, and Chris Sullivan worked to secure a special grade of 2” white oak lumber, which was generously donated by Clinch River Forest Products in Tazewell. The lumber was delivered in late October and then stored with the USFS to allow for drying over the winter.

The project was completed on May 23rd. Many, many thanks to our excellent volunteers for their efforts and support of this great work!